Carbon prices traded inside their uptrend channel within EUR82-95 with high volatility. As the Clean Dark Spread still offers best value, more coal is being used and more EUAs are bought for compliance.

The EUA has been influenced by new statements for reform to the EU-ETS system and a bullish increase of the targets for emission reductions, which conflicts with the proposed auction of 250m EUAs to fund the required REPowerEU Plan – which seeks to respond to the market disruption caused by the Russian invation of Ukraine – resulting in a medium-term bearish impact. The EUAs would be sold from the Martket Stability Reserve fund.

A dramatic proposal to only allow companies within the EU-ETS and its financial institutions could prohibit financial funds and other speculators from participating in the market from 2025. This could take some buying out of the market but also remove liquidity, making the market even more volatile.

The EUA Dec 22 price is seen at EUR88 with an expected range of EUR85-93 (see Figure 1), staying in the uptrend channel. The all-time high of EUR95-99 is still seen as major resistance. However, some analysts are calling for a break above EUR100. Brannvoll ApS forecasts for 2022 a trading range EUR65-100, with an average of EUR80. 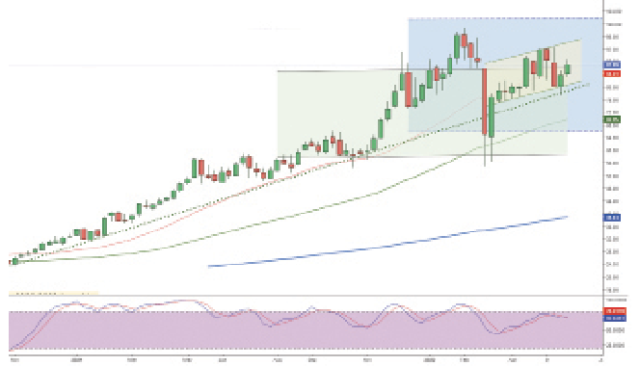 Source Energy regulators have been told to junk “overly complicated” proposals on transmission access and adjust to the new federal...

State Street, NinteyOne CEOs: Defunding polluters is not the path to net zero

It’s the busiest proxy season ever, but shareholders are voting carefully